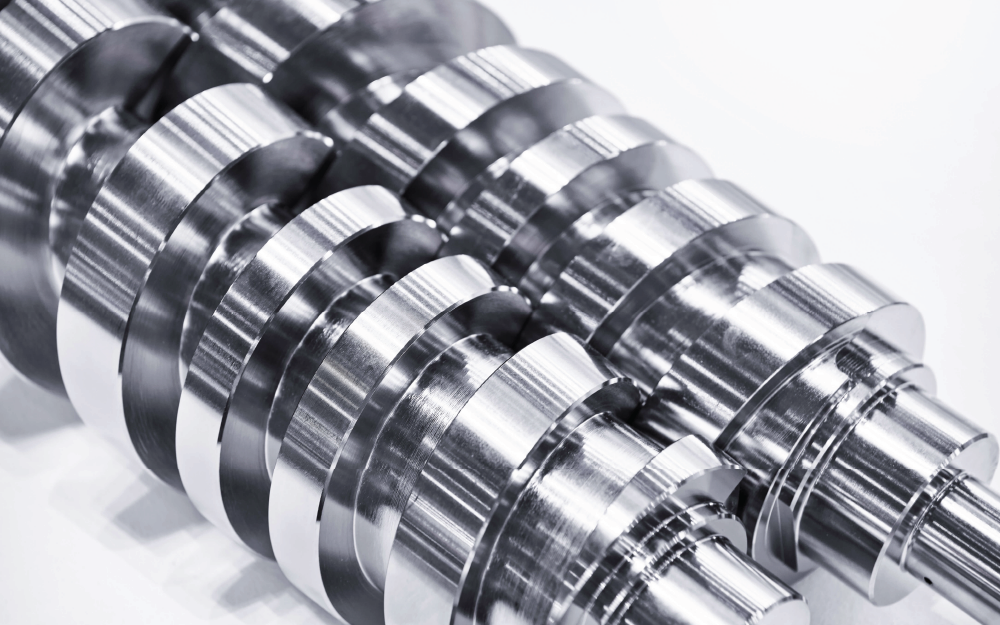 The success of the automotive and motorsports performance industry can be attributed to the Precise finishing of what is under the hood. Metal automotive parts, specifically worm screws and worm gears require a specific type of surface finishing to ensure they perform–gears on a worm gear are helical; they are used to transmit power and motion. The end result is a reduction of heat/friction and vibration. With hours of research and development, our team at ISO finishing has perfected the process of finishing these intricate mechanisms for the automotive industry.

What are worm screws and worm gears?

A worm gear is a staggered shaft gear (a screw) that creates motion between shafts using threads that are cut into a cylindrical bar to manage power and torque. The combination of a worm wheel and worm are the components of a worm gear. Speed reduction is determined by the number of worm threads and the number of teeth on the worm wheel. These systems are ideal where you need compact size but high ratios and high output torque, coupled with significant speed reduction

Common applications of worm screws and gears are found in the automotive industry because of their ideal use in small spaces while still outputting a high torque. An engine or electric motor provides rotational power to the worm screw so that the gear turns and pushes its force against the load.

The compact design of these gears make them a perfect addition to applications that need efficiency for specialized tasks but have limited space.

Let’s get right to the point–anything with threads requires a custom finishing process. For worm gears, the positioning and assembly of the teeth is critical since a very strict tooth design is required for the wheel gear and the worm gear to determine how the gears meet. Variations are dependent on how the gears touch.Our finishing process eliminates any imperfections found on the surface, creating a uniform finish to ensure coating materials adhere properly to the worm screws and gears. With the right preparation, our surface coatings prevent corrosion and enhance overall performance of these parts. At the end of the day, we’re working to add higher power without additional wear.

The Importance of Precisely Finishing of Gears in the Automotive Industry

The automotive industry is vulnerable to part fatigue due to cyclical stressors threatening the structural integrity of the part. Cyclical stressors can cause cracks to form, especially in areas with an abrupt surface change. Preventing part fatigue starts with achieving a superior surface finish.

Polishing the surface material eliminates stressors like sudden surface changes by creating a consistent, uniform finish. Polished parts are stronger, more resistant to corrosion, and have a longer lifespan than unfinished parts. Polishing also prepares metal parts for coatings intended to increase their durability and improve performance. We design processes for parts just like these–parts with a lot of nooks, crannys and grooves.

ISO Finishing has worked with the elite in the racing industry, OEM suppliers to the automotive manufacturers and aftermarket accessory distributors. Our experience, flexibility and ability to develop the specific processes allow us to meet your finishing needs whatever they may be.

Here are some of the most common applications and their benefits that we see for worm screws and worm gears at ISO Finishing.

In an automotive steering system, the worm gear connects to the steering wheel through the steering column. The screw and gear work in conjunction to move the wheels in the desired angle and direction.

Vibratory polishing can be a critical prefinishing process because of the physical nature of a worm screw and worm gears. The vibratory finishing process is a batch-type operation where specially shaped pellets of media and the workpieces are placed into the work chamber of a vibratory tumbler. The chamber of the vibratory tumbler and all of its contents are then vibrated. The vibratory action causes the media to rub against the worm screw and gear, which yields the desired result.

Vibratory Polishing is also used to enhance the bonding of coatings and adhesives on worm screws and gears. The lifespan of these parts are highly dependent on many different factors including:

Centrifugal barrel tumblers work well for jobs requiring heavy burr removal. They are also good for burnishing, rapid radiusing of edges, heavy deburring with or without media and tumbling die-castings to break the parts off the runner. They are also a good choice for very heavy loads that will not run well in a vibratory machine.

This website uses cookies to improve your experience while you navigate through the website. Out of these cookies, the cookies that are categorized as necessary are stored on your browser as they are essential for the working of basic functionalities of the website. We also use third-party cookies that help us analyze and understand how you use this website. These cookies will be stored in your browser only with your consent. You also have the option to opt-out of these cookies. But opting out of some of these cookies may have an effect on your browsing experience.
Necessary Always Enabled
Necessary cookies are absolutely essential for the website to function properly. This category only includes cookies that ensures basic functionalities and security features of the website. These cookies do not store any personal information.
Non-necessary
Any cookies that may not be particularly necessary for the website to function and is used specifically to collect user personal data via analytics, ads, other embedded contents are termed as non-necessary cookies. It is mandatory to procure user consent prior to running these cookies on your website.
SAVE & ACCEPT
error: Content is protected !!
Free SampleProcessing
GOT IT

Can we interest you in a free sample? Send us a small part or instrument and we'll process it for free!